No, I’m not recovering from being Irish, as that title might imply.  I’m not even a “recovering Catholic,” as so many members of my family are – I guess I detached from the mass (so to speak) early enough that it didn’t leave any lasting trauma — just a fond memory of the smell of candles.  But seven years ago, just before St. Patrick’s Day, on a very snowy weekend in Minneapolis, I did give up alcohol for good.

The circumstances that led to this turn did not actually have anything to do with St. Patrick’s Day, though they did have to do with a certain Irish bar on Nicollet Mall and my reckless behavior there and thereafter.  And it did happen to be the beginning of spring break, which was also the week in which I had to write my preliminary exams, based on which I would or would not receive permission to proceed with my dissertation.  That was not a good choice of week for waking up in the hospital, not knowing how I got there, and not feeling (or looking) very good.  Soul searching, meeting going, and eventually essay writing, ensued.  That first SP day, four days after deciding to get sober, was a 24-hour period in which I stood outside myself, unable to touch what I was feeling.

One of the books I read at that time, called How to Quit Drinking Without AA (they had it at my local library in Northeast Minneapolis!), said this, which made a big impression on me: if it’s true what they say, about every cell in the body replacing itself over a period of seven years, then an alcoholic who stays sober will, after seven years, have a body in which not one cell has ever actually had alcohol.  Even though it’s a little cheesy, and biologically misleading, the whole image of a clean cellular slate appealed deeply to me.  Hesitant, as I always am, about any kind of lifetime commitment (somehow tattoos are exempt from this??) I remember thinking, OK, I will make seven years my goal.  At that point, if I make it that long, I can reevaluate the situation.  So seven years was always my big mountaintop in the distance.  And now, as of March 13, I’ve actually reached it, and now here I am hanging out with the view.

I’ve always had little celebrations over the various anniversaries, sometimes a private ritual, sometimes a gift to myself.  This year nothing really came to me in terms of an outward recognition, nothing seemed to appeal; I think I have just been experiencing the moment of attaining that specific goal on a more inward level.  It affects me in ways that don’t really express themselves in words.  I didn’t feel drawn to go to any meetings, because I just didn’t feel like conversing about it.  It’s more like an egg of light that I’ve been quietly honoring within myself.  But finally, one thing did occur to me as an appropriate celebration: I decided to do something to explore my relationship to St. Patrick’s Day from this new perspective.

Even though I only have one grandparent who was actually Irish, it was the grandmother after whom I was named.  She and all of her kids, my dad and my seven aunts and uncles, just seemed to embody that heritage to me.  I can’t really say why I was drawn to it, but I felt a heart connection with Irish culture, and it developed into a whole complex of things within my personal identity narrative.  Maybe I just needed something to organize that narrative, and Irishness seemed to do, but I really did love and passionately embrace and receive creative and spiritual and political inspiration and nourishment from a lot of things about Irish culture.  I didn’t go about it half-assedly; I traveled to Ireland twice in college.  As a leftist nerd into history and literature and folk music and drinking until four a.m., I pretty much found something in my interest in all things Irish for every part of my personality to do.

I don’t mean to be cliché about the connection between alcoholism and being Irish.  I’m not the only one in my family who’s encountered this particular challenge.  I know that historically there have been reasons, and those reasons have led to results.  I also know that I purposely adopted a certain stereotype as part of my persona.  I’m not outgoing by nature, and my childhood and school experiences did not equip me with any confidence or self-worth.  Maybe I thought, if I construct this “hardcore” character, a stereotypical drunk girl who’s into Irish stuff, people would mistakenly think they already knew me.  And they might talk to me.  And that would be a miracle.

The whole thing wasn’t insincere, even if it was partially constructed.  I was drawn to Ireland as a creative influence.  I identified politically with the resistance to British rule; I’ve had a long-standing scholarly interest in the meaning of “terrorism” in nationalist struggles.  And I loved going to live Irish music shows in American Irish pubs and rocking out.  I wanted to write ballads too.  And I honestly thought Guinness was the most splendid and tasty and aesthetically pleasing beverage in the world.  And I declared repeatedly that St. Patrick’s Day was my favorite holiday, because it honored all of my favorite things.  And it really was like a punch in the gut, the St. Patrick’s Day that fell four days after my first committed sober day.  I felt disoriented, realizing how deeply into the foundations of my sense of self alcoholism penetrated, or beginning to.  It wasn’t all about St. Patrick’s Day, but St. Patrick’s Day stood in for a lot of stuff.

In the years since then, I’ve mostly avoided this holiday, with that form of ignoring that is still attention.  To me, it was just so much about drinking, even sober events held the association.  But what I’ve been working on in the past year, as I’ve been revisiting the AA approach to serenity, is dropping the fight, dropping the last vestiges of the fight against things I felt uncomfortable around, like my previously-sober partner starting to drink now and then, or like St. Patrick’s Day.  This holiday, though strongly connected with drinking (for me), had also held other meanings that had been important to me.  But I had a suspicion that I needed a new connection to it; I needed to discover whether or not the holiday held any significance to me as the person that I am now, both the same as and different from the person I was seven years ago.

So I thought I’d begin with paganism; I thought maybe there was an ancient Celtic holiday around that spot on the calendar, over which the Christian conquerors had plopped their saint’s day.  And the sources I read said sure – Easter.  But that’s more often linked to the Pagan festival Oestara.  For St. Pat’s, pagans (and patriots) may wear snakes instead of shamrocks, representing those supposedly driven out by the missionary (for “snakes,” read “traditional Irish customs and beliefs”).  Upon reading which, I thought, as some women in my family might have said, oh hell!  I don’t want to adopt a protest instead of a holiday; although I agree with it, that just doesn’t sound like the kind of extra-positive healing energy I was looking for in this celebratory gesture of rebirth!  And call me sentimental, but I just don’t have much of a desire to observe holidays that commemorate colonization, exploitation, and religious oppression.  So I will probably do, as usual, nothing.  But I guess (or I hope) at least it will be a slightly more peaceful, conscious nothing.

In the end, maybe this was what I needed to “reevaluate” on my seven-year anniversary, as I’d told myself I someday would.  I don’t, after all, need to consider whether permanently quitting alcohol was the right decision for me.  It definitely was.  Even after seven years, the horror and the fear of experiencing another night like that last night is remarkably fresh and real to me.  On the other hand, I still don’t feel totally at peace with my relationship to alcohol in the culture that surrounds me.  My main reason for not drinking is still “I don’t want to die,” and somehow that seems to bring the fear and the resistance and the powerlessness right along with it.  I wish I had a more positive reason for this commitment, but when I think about calling it a spiritual pursuit for its own sake, I know I wouldn’t have chosen it if I didn’t have to, and I’m still too afraid of the substance to name abstinence from it a virtue.  And yet, the journey has been nothing if not spiritual.  It’s led to soul-searching and honesty and lessons and transformations that have been valuable to me beyond fathoming.  I am so grateful to have had this source of learning in my life; so let this, and my blessings to all who read it, be my St. Patrick’s Day tribute. 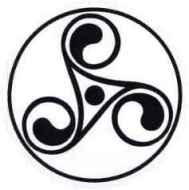 Because You Know You Want To See My Tweets